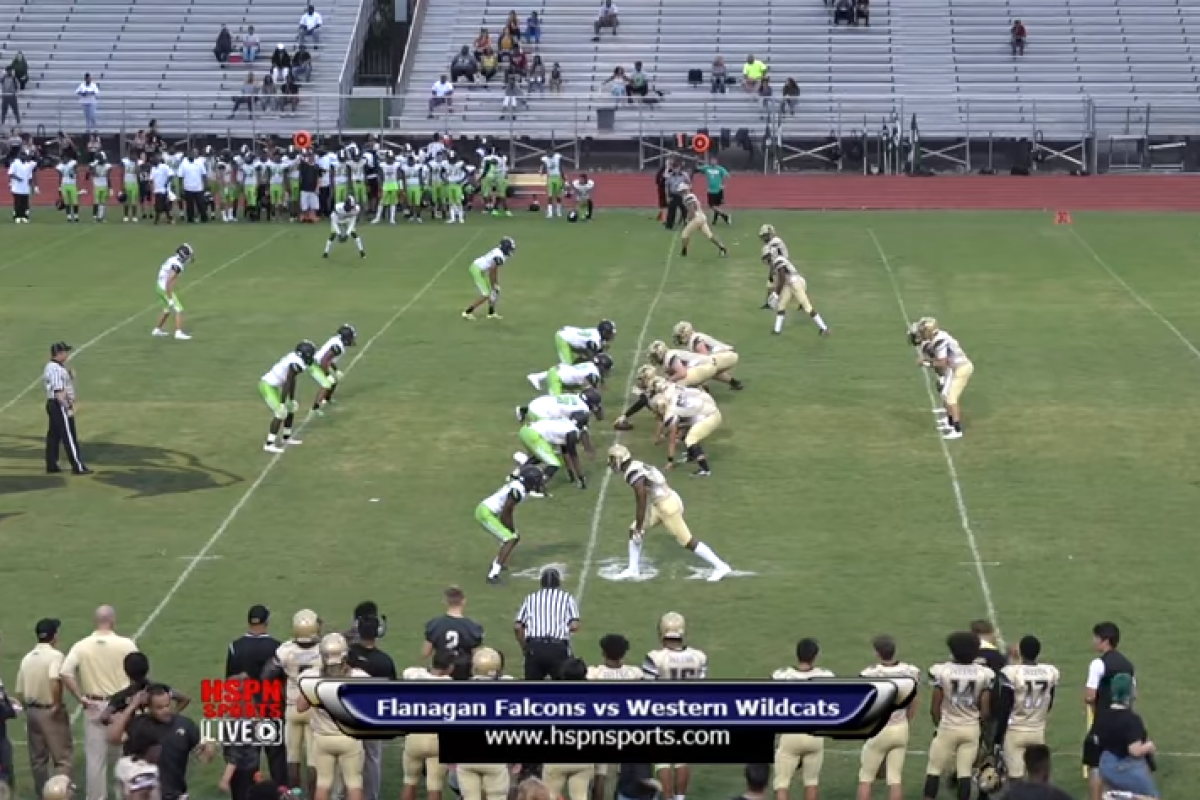 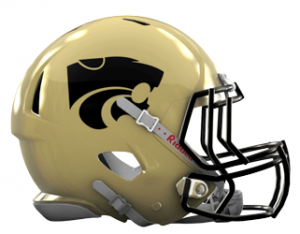 Coming back from a long rest courtesy of hurricane Irma, the Western Wildcats (3-0) induced a storm of their own against the visiting Flanagan Falcons (1-2), crushing their district opponents 43-0.

The Wildcats went up near the end of the first quarter with a 29 yard diving catch from quarterback Harrison Story to wide receiver Jordan Smith. The successful 2-pt. conversion made it 8-0 as the clock ran out. In addition, a 26 yard fake punt pass set the scene for the work the Wildcats came out to do. 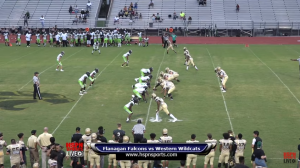 The second quarter saw the Wildcats kick it up a gear, putting 2 more touchdowns on the board, both courtesy of running back Keshaun Clarke. The Wildcats held the Falcons scoreless into the end of the half.

A survey of the home crowd at halftime yielded a generally positive consensus regarding the team’s performance, with a few critiques on some dropped passes earlier in the half.

The Wildcat freight train barreled on in the third, with another Keshaun Clarke touchdown early on, and linebacker Dylan Litsenberger’s interception that he returned 30 yards for a touchdown near the end of the quarter. The Wildcats missed and succeeded (respectively) their 2-pt. conversion attempts, making them 3/5 on attempts.

The running clock became active for the fourth quarter as the Wildcats led 36-0 going in. The Wildcat defense took it up a notch, forcing two fumbles (albeit the Falcons recovering both), and the offense put up one more score late in the quarter, with a successful extra point making the final score 43-0. The touchdown was courtesy of the speed and poise of wide receiver Steffen Fernand.

The Wildcat offense put up 5 touchdowns, 3 courtesy of Keshaun Clarke (bringing his total to 6 for the season). Clarke had 16 catches for 79 yards. Harrison Story went 11/28 for 191 yards with only 1 interception. Wide receiver Jordan Smith had 3 catches for 53 yards and a touchdown, and Steffen Fernand also had 3 catches for 26 yds, and a touchdown run. In addition they were 4/5 on 4th down conversions, which greatly increased their time of possession. 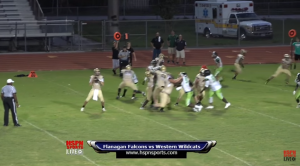 While the offense dominated the game as far as possession and points, the stellar defensive unit was an equally shining testament to the power of the grind. They held the falcons scoreless, and even put points on the board when Dylan Litsenberger had a pick late in the game he returned for a touchdown. In addition, they forced two fumbles in the second half. This intense focus allowed the defense to increase their record to 11 of 12 scoreless quarters, and aid in bringing the team their third straight win.

As defensive end Matthew Loy put it, “We played as brothers and we all did our jobs and got the win.” 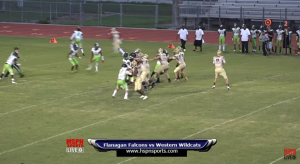 Catch the Wildcats LIVE Monday night at 7 p.m. as they take on district opponents the Everglades Gators (1-1). In addition, if you missed this game, you can watch the replay below, thanks to the help of Western High’s interning student broadcast team.