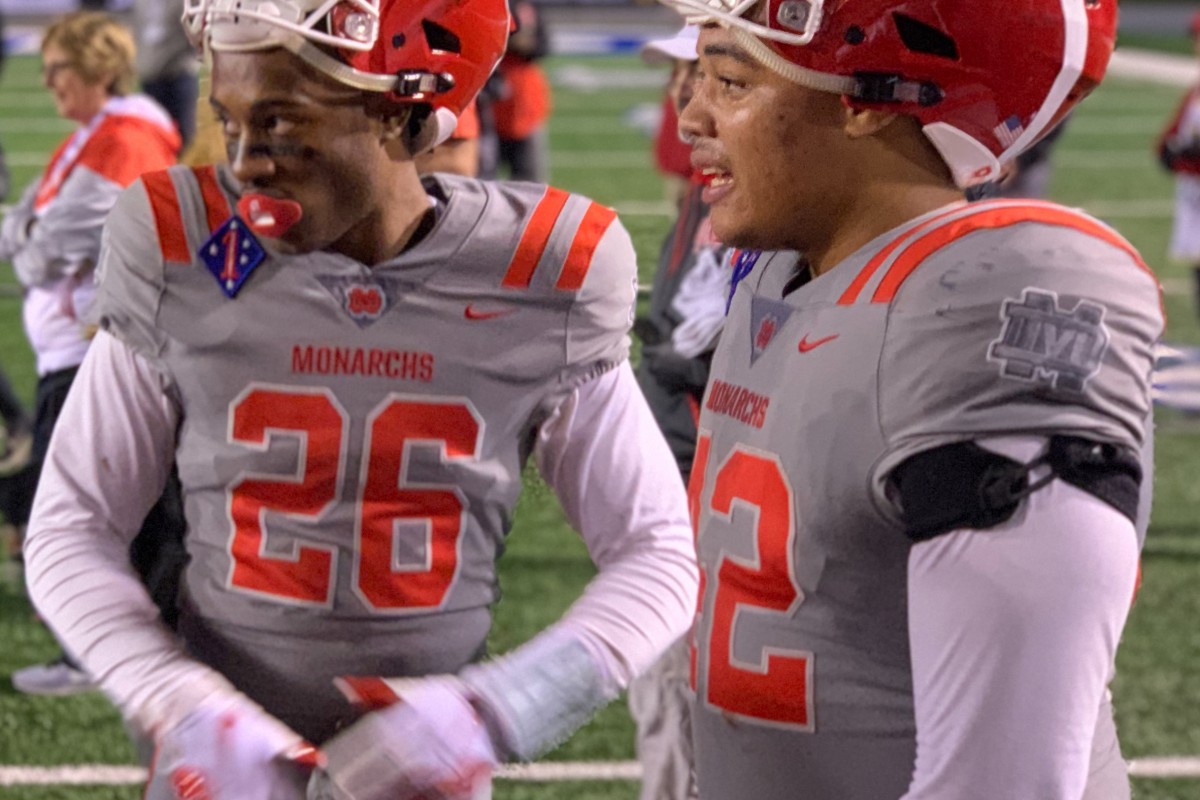 On the eve of what may be his final high school football game, Keyon Ware-Hudson, a senior at Mater Dei High School will leave a legacy as one of the best defensive linemean in the history of Mater Dei’s storied football program. His brother Kyron, a 6-2, 198-pound sophomore reviver at Mater Dei is looking to establish a legacy of his own with a breakthrough next season.

Keyon and Kyron are as physically different as two brothers could ever possibly be, especially as football players. Keyon is a force in the trenches, and Kyron the receiver, tracks footballs down out of the air like a gazelle. The two brothers have plenty in common though and most of it centers around how they’ve been raised by their parents. Their parents insisted on Keyon and Kyron developing strong moral values, a work ethic, and high academic merit. 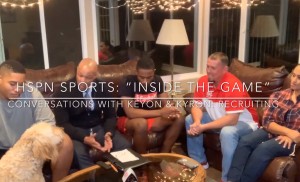 I was fortunate enough to visit with the Ware-Hudson brothers, and their parents on Thanksgiving eve. I sat down in their living room that evening and talked with them about all things football, recruiting, rankings and ratings, academics, work ethic, and faith. I even had a nice chat with their dog, Cooper as he joined us for one of the interviews.

In a series of short subject interviews with the entire family, I go “Inside the Game,” and inside Keyon and Kyron’s living room engaging in conversation in a way that very few people get a chance to. Most interviews take place in the middle of a football field at the end of game and there is little opportunity to have candid conversation. You will find the “Inside the Game” series with Keyon and Kyron on our YouTube channel – HSPN. I hope you will enjoy the journey that both Keyon and Kyron are undertaking, along with their parents. The interviews will make their debut this weekend as Keyon’s Mater Dei career winds down in the state championship rematch against De La Salle High School on December 8 at Cerritos College.