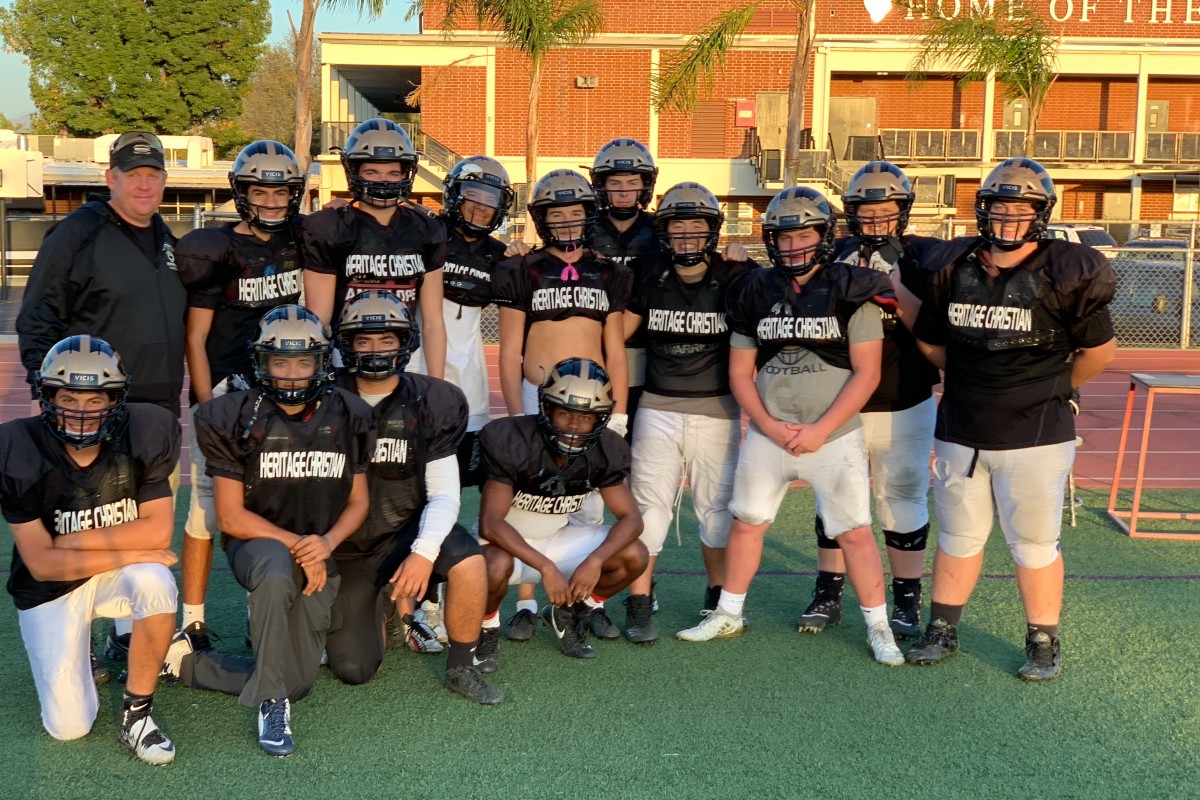 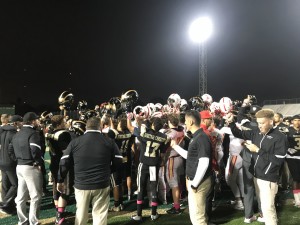 Emotions flared before kickoff as the Heritage Christian Warriors honored their senior class at Los Angeles Valley College’s Monarch Stadium before their game against the Whittier Christian Heralds. The PA announcer called the senior football players one-by-one, many accompanied by relatives. Following the celebration, the Warriors gathered as a team and set their eyes on maintaining their perfect 8-0 (2-0) record against the Heralds.

Whittier started the game by receiving the opening kickoff and the Warrior defense forced a three-and-out to give their offense good starting field position, which would be a recurring theme throughout the night. The Warriors took their opening possession and drove inside the Heralds ten-yard line. On first-and-goal, HSPN West Impact Player and junior running back Tommy Sykes punched it in to put the Warriors on top 6-0. 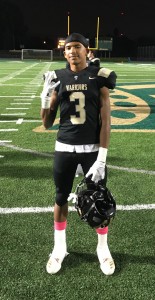 The Warriors never looked back from that point, constantly dominating on both sides of the ball.
The Warriors would go on to win the game 54-0, improving to 9-0 (3-0) on the season. Meanwhile, the Heralds dropped to 0-7 (0-2) on the year. 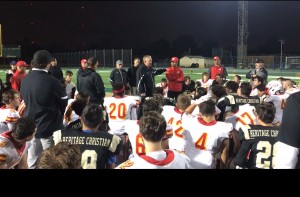 The Heralds will host Maranatha High School this week, while the Warriors will have a bye-week coming up before they wrap up their regular season against Maranatha. 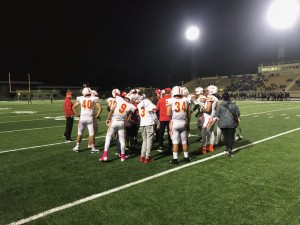