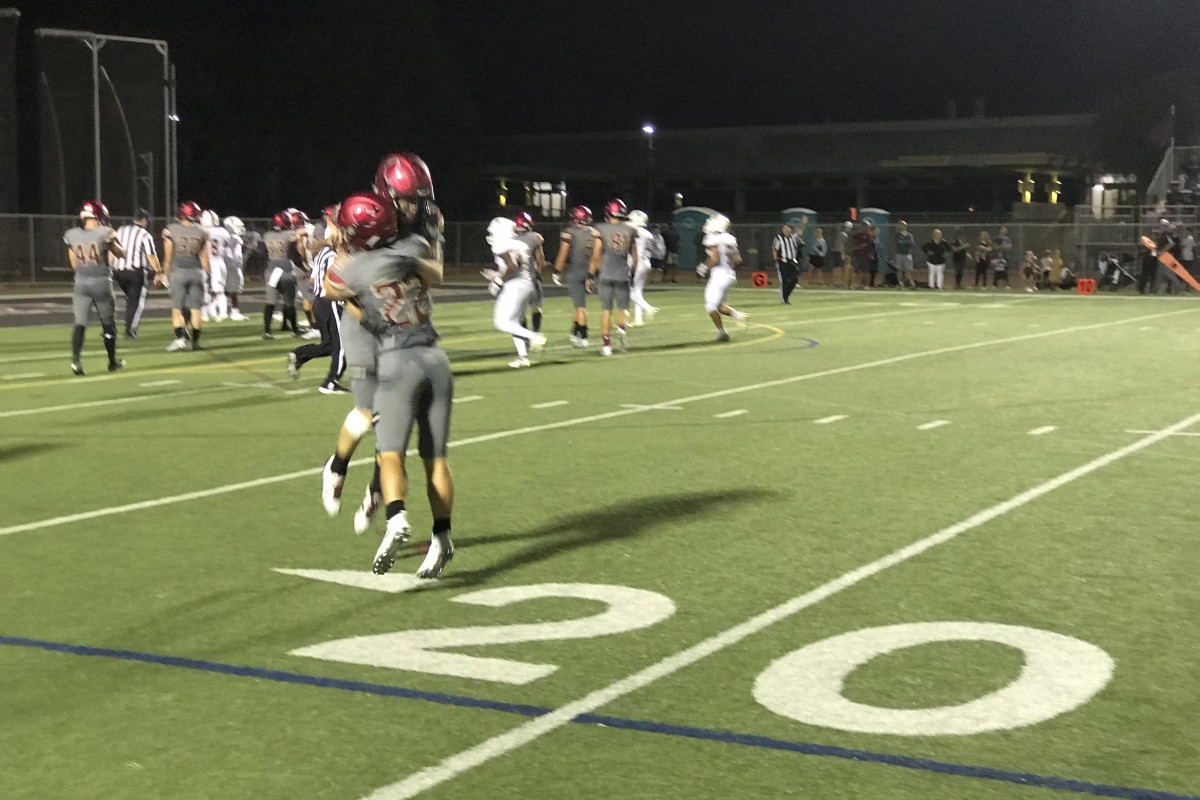 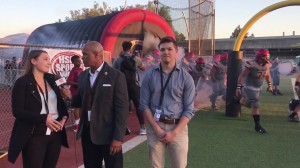 Sixth-Ranked Oaks Christian School came out of their home stadium tunnel in a plume of smoke, and they came out smoking against the fourtieth-ranked team in California, Alemeny. By the time the dust, and smoke settled, The Lions finished the night with a 56-14 win. Oaks is now 4-0 and undoubtedly looking to defend their 2017 California Interscholastic Federaiton (CIF} Southern Section (SS)State Championship at the very least. 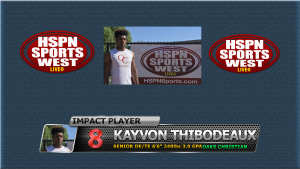 Ironically, the player that made the most noise for the Lions was a relatively unknown underclassman. Bryce Farrell, a junior wide receiver scored on a 56 yard touchdown pass from Josh Calvert, and again on a 44-yard punt return. Farrell had another punt return for a touchdown called back on a holding penalty. 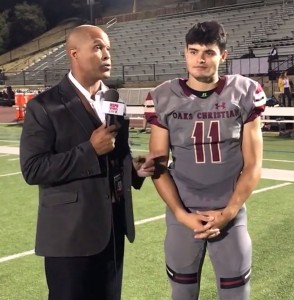 The Lions clicked in every phase of the game with outstanding special teams play blocking two punts for touchdowns, with Jack Ramsey taking one of the punts right off of the toe of the punter and dashing into the end zone. 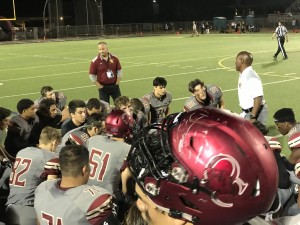 First year head coach Charlie Collins has Oaks Christian football team playing a level of high intensity and execution that could very well carry them to a second straight CIF Southern Section title, and perhaps even a state title, one that eluded them last season.

Click on the link to catch our postgame interview with Bryce Farrell.