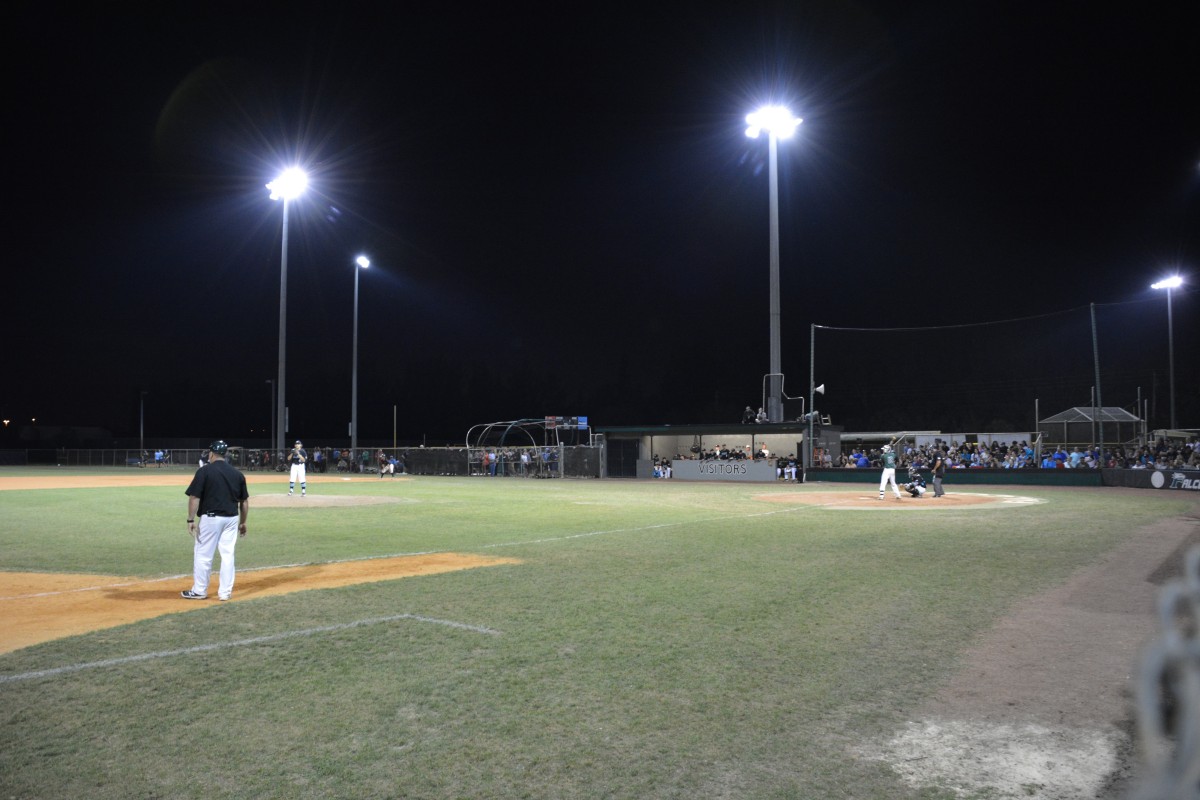 Friday night the Archbishop McCarthy Mavericks traveled just down the road to Charles W. Flanagan High School to take on the Falcons in front of a huge crowd. Both the Mavericks and the Falcons have already clinched the top seed in their respective districts, so this matchup draw was purely for baseball supremacy in South Florida, with Flanagan looking to knock off the #2 nationally ranked Mavericks (per MaxPreps Xcellent Top 25). Archbishop McCarthy has been nearly perfect all year, but was anything but in this road game. In a matchup marked by countless errors, the Falcons came out on top and ultimately handed the Mavericks a 4-2 loss.

Both teams left runners on base early in the game and both sides were quiet until Flanagan got their offense going in the third inning. Some timely hits coupled with errors to the Mavericks paved the way for a four-run inning for the Falcons, three of which came with two outs. 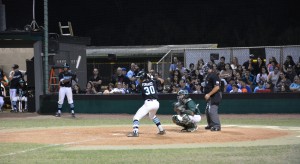 After Johnny Leone walked Eric Rivera, Leone threw over to first to try to catch Rivera leaning; instead, the pick-off was high and Rivera advanced to second base with Ricky Presno up to bat. Presno lined a ball into right field and Rivera was able to score all the way from second as there was no play at the plate. Presno was thrown out by the catcher during the play, trying to stretch his single into a double, but he had done his job: the Falcons were on the board. In the next at-bat, Peter Moforis hit a routine ground ball to the second baseman who overthrew the first baseman, allowing Moforis to advance to second with two outs.

Once again, Flanagan capitalized on the Mavericks’ errors and Mark Vientos dropped a ball into deep center field, scoring Moforis on the double. After an inning full of miscues, it was only fitting that Leone hit Edward Schissler to set up runners on first and second for Dylan O’Connell. The designated hitter delivered with a double, bringing in Vientos and Schissler. The rally ended after O’Connell’s double, but with the Falcons ahead 4-0, with Nicholas MacDonald dealing on the mound, the damage had been done.

It took five innings, but the Mavericks finally found their offensive rhythm. Andrew Fernandez led off the inning, reaching first on an error. AJ Hendricks advanced Fernandez to second on an infield ground ball and MacDonald walked Ubaldo Lopez in the next at-bat to set up runners on first and second. Up next was Alex Carballo, who singled directly off of MacDonald’s leg, who stayed down after the play for quite some time.

MacDonald eventually got up, walked it off, threw some warm-up pitches and calmly struck out Alex Toral with bases loaded. What happened next was not exactly in MacDonald’s favor. With two outs and the bases still loaded, MacDonald overthrew the third baseman on the pick-off. Two runners scored on the play and Carballo advanced to third. Troubles did not end for the senior pitcher when he walked Joe Perez to set up first and third. Flanagan finally made it out of the inning with another MacDonald strike out. The Falcons headed into the sixth leading 4-2.

The top of the seventh inning began with Dylan O’Connell (who came in for MacDonald) walking AJ Hendricks. Ubaldo Lopez advanced Hendricks to second on an infield grounder and Alex Carballo came up to bat with one out and a runner in scoring position. The Mavericks coaching staff made a gutsy call and sent Hendricks to third on a steal, but Alex Hernandez hosed him down and now Carballo was still up with no runners on, two outs, and he was down in the count. O’Connell took care of business, striking out Carballo, and Flanagan completed the upset. Nicholas MacDonald (6-1) was dominant the whole night, striking out eight batters in his six innings pitched and allowing no earned runs. 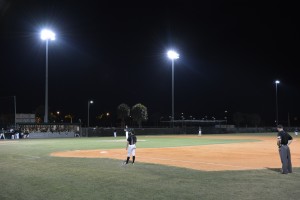 Up next for the Falcons are two home games against the Park Vista Cobras and later in the week, the Taravella Trojans. As for the Mavericks, they will look to bounce back against the Western Wildcats before wrapping up the season at home against the Cavalry Christian Eagles. 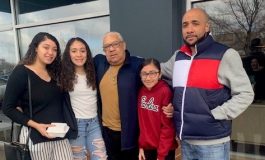