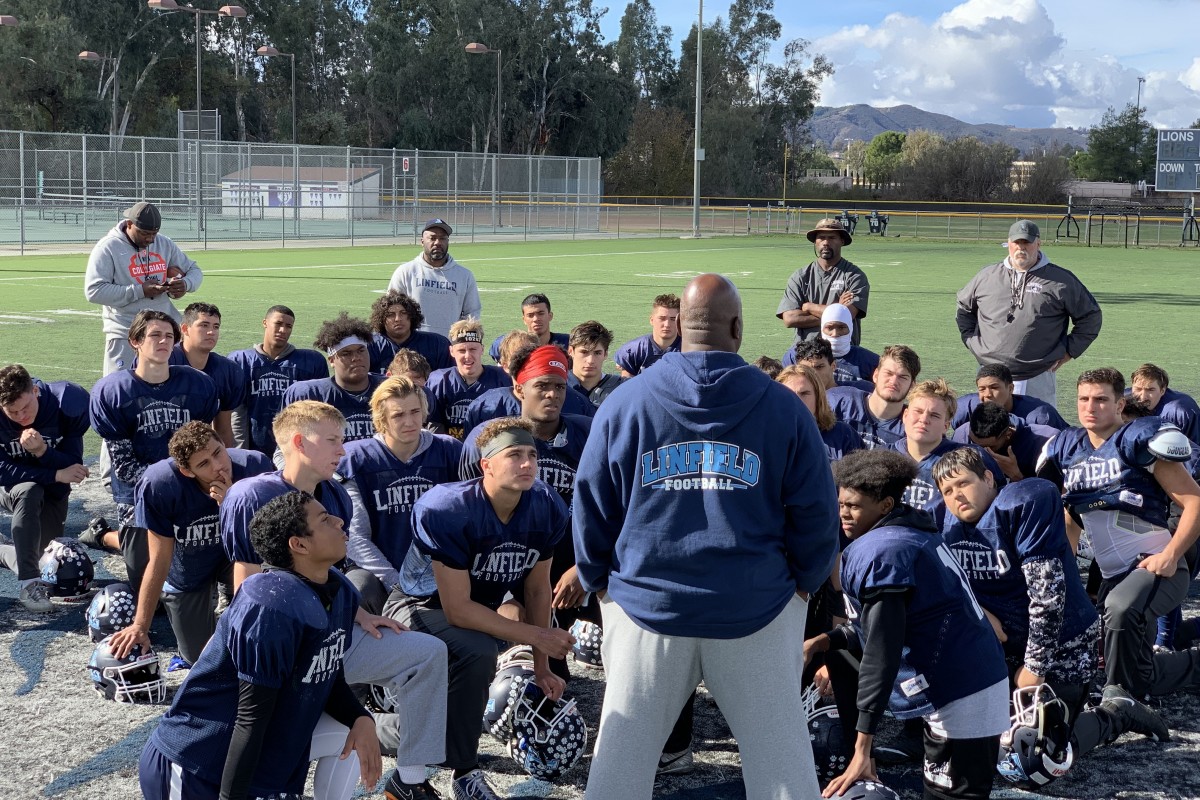 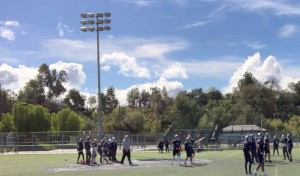 Week fourteen in the California high school season leads right into Thanksgiving, and championship weekend. Undoubtedly, this is something to be thankful for, even if it means you’re up early and practicing at 7:00 AM on Thanksgiving morning. The Linfield Christian Lions [12-1, Temecula, CA] have lots to be thankful for with a 12-1 record, the highest scoring average in the state, and a chance to play for a southern section championship Saturday night against Artesia [10-3; Lakewood, CA].

I had a chance to view the Lions’ last padded practice before their game against Artesia, and Head Coach DeChon Burns was no less intense just two days from game time. In fact, the post-practice speech was almost as long as the practice itself as Coach Burns enfatically urged his players to “lock-in and focus” on their assignments. 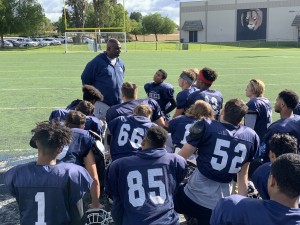 Coach Burns’ message needs to resonnate through to his impressive Lions’ team as Artesia has plenty of its own fire power, largely centered around senior quarterback Heder Gladden. Gladden, the 5-11, 170 pounder has amassed an average of 280.9 yards per game in total offense on the season. The bulk of Gladden’s offensive production has come on the ground. He’s rushed for 2,326 and is averaging 12.2 yards per carry. He’s certainly worth paying attention to.

Whether you give Linfield the edge as the team with the highest scoring average in the state, or you give Artesia the edge with some of their explosive players, the best thing about it is that these two teams will have a chance to tee it up on the field this Saturday at Murrieta Mesa High School. Kickoff is set for 7:00 PM.

Hear my interview with DeChon Burns, Linfield Christian Head Football Coach on our HSPN YouTube channel. Be sure to subscribe to the channel for all of the rich high school content we produce throughout the year.