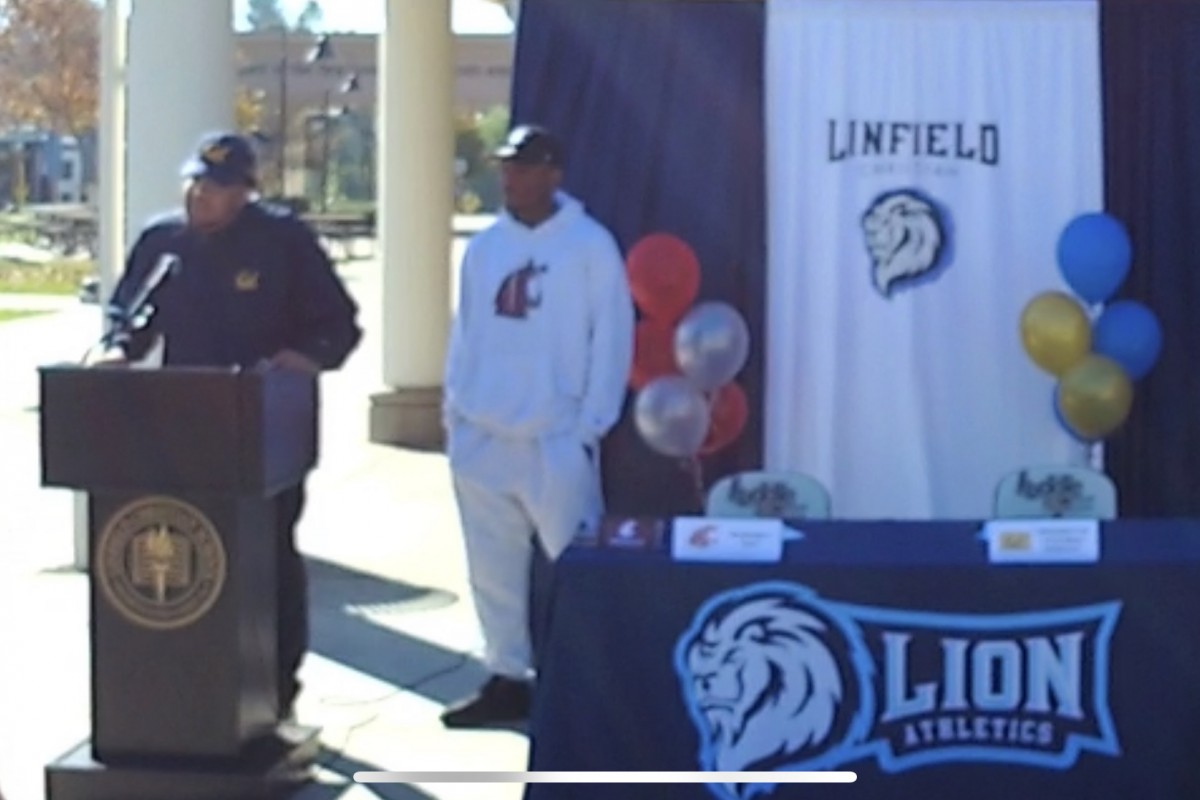 The Linfield Christian High School [Temecula, CA] campus was beginning to look a lot like Christmas on Wednesday as finals were being held and students were getting ready to head home for the holidays. The Christmas decorations were gleaming on what was a brilliant, 78-degree Southern California day in Temecula.

On the backside of campus, the decorations looked a little different. There were red and silver balloons signifying the colors of the PAC-12’s Washington State Cougars, and a second set of navy blue and gold balloons, reflecting the colors of the University of California’s Golden Bears, another PAC-12 team.

Wednesday, December 19, 2018 was the earliest day that senior high school football prospects could sign what’s known as the National Letter of Intent indicating their written committment to accept a scholarship to the college of their choosing. It was a day of celebration for Linfield’s Travion Brown and Ben Coleman, two of the most coveted high school football prospects in the state of California.

Ben Coleman missed his entire senior year due to injury, but was still heavily recruited coming off of his junior year performance. Coleman took great delight in one particular stat, having totaled 109 ‘pancakes’ of the opposing player in his career at Linfield. Coleman’s efforts impressed the Cal Bears of the PAC-12 enough to offer him a scholarship to play football for the Bears next fall. Coleman was visibly emotional when he gave his ‘thank you’ speech after signing his scholarship letter. You can see both speeches, the signing ceremony, and my interview with Travion and Ben on our HSPN YouTube Channel.

It will undoubtedly be a very Merry Christmas for both the Brown and Coleman families as the average cost of attending each of the PAC-12 universities is approximately $35,000 per year.

The future of college football is in good hands with these two young men. Both Brown and Coleman are humble and hard working, smart, strong in their faith, and will contribute to both their new campus communities in the most dynamic of ways. Keep an eye on them and their new schools, you will hear them roar again.