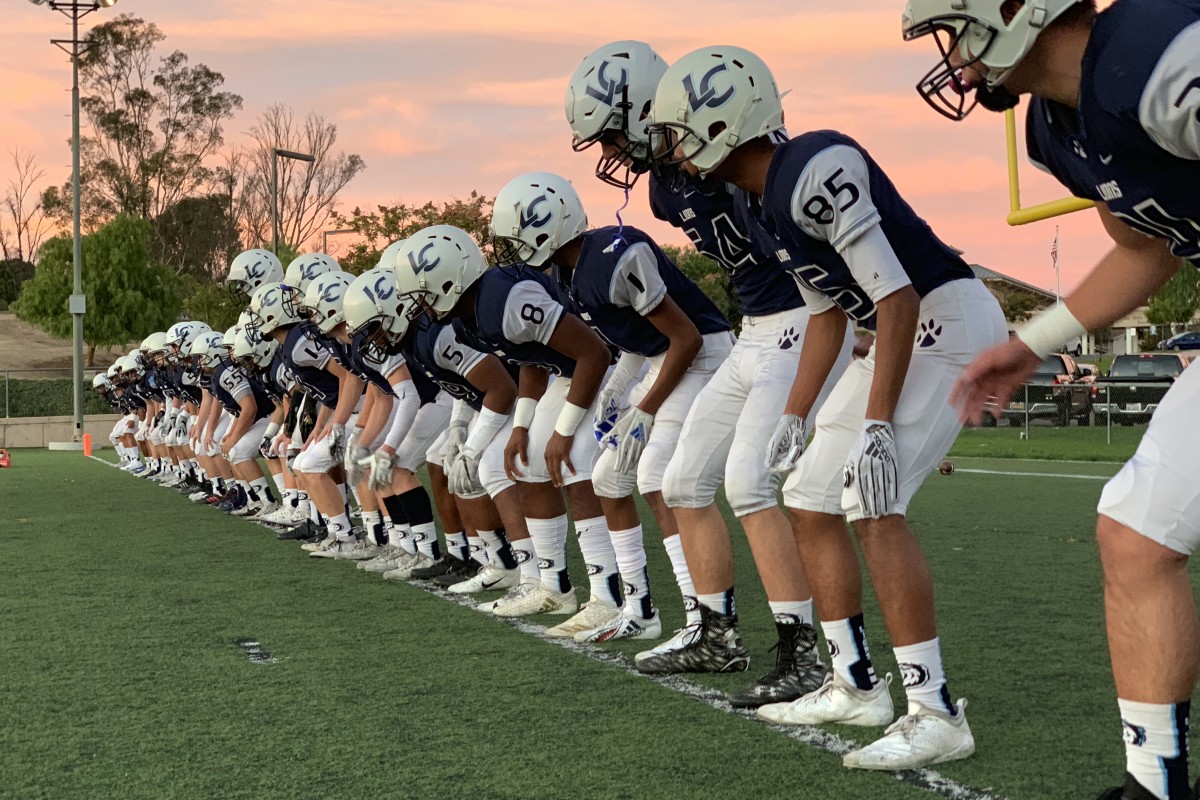 The teamroom where the Linfield Christian Lions’ [Temecula, CA] football team assembles just prior to taking the field for warmups, is a room that displays several larger than life posters recognizing Lion athlete and team success over the years. 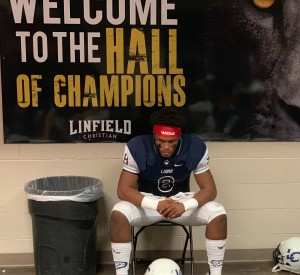 From where Brye Lighon, the Lion’s sophomore defensive end and tight end sat prior to taking the field against Mary Star of the Sea, he couldn’t quite see the words above him which read, “Welcome to the Hall of Champions.” The road to a state football championship became much clearer to Brye and his Lion teammates last night as they soundly defeated the ‘Stars’ of Mary Star of the Sea [San Pedro, CA] 40-0 in their opening round California Interscholastic Federation, Southern Section Division 12 football playoff game.

The Stars gave the Lions fits during the better part of the first quarter holding the vaunted Lion offense to limited yards on the ground and in the air, and no points until late in the quarter. With a little less than 2:00 in the 1st quarter, running back Kenric Jameison scored from about five yards out to give the Lions’ their first score of the post season, and a 6-0 lead. 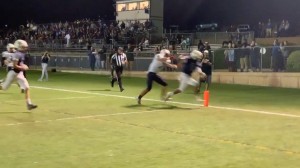 The Jameison score was the beginning of an onslaught of Linfield trips to the end zone. Quarterback Kaleb Maresh threw for two scores, and ran for one himself. 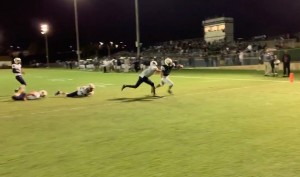 HSPN Sports West ‘Player of the Game’ and Washington State commit, Trey Brown was on the receiving end of a Maresh touchdown pass. Brown also had an interception and led all players in total tackles. 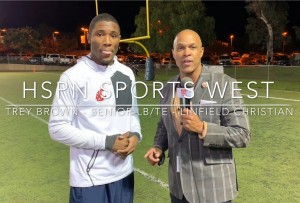 Linfield [10-1] takes another step towards having their poster in the Linfield Hall of Champions when they meet Bell Gardens [7-4] in the quarterfinals next Friday, November 9 in Bell Gardens at 7:00 PM.

Watch the post game and pregame video interviews below;