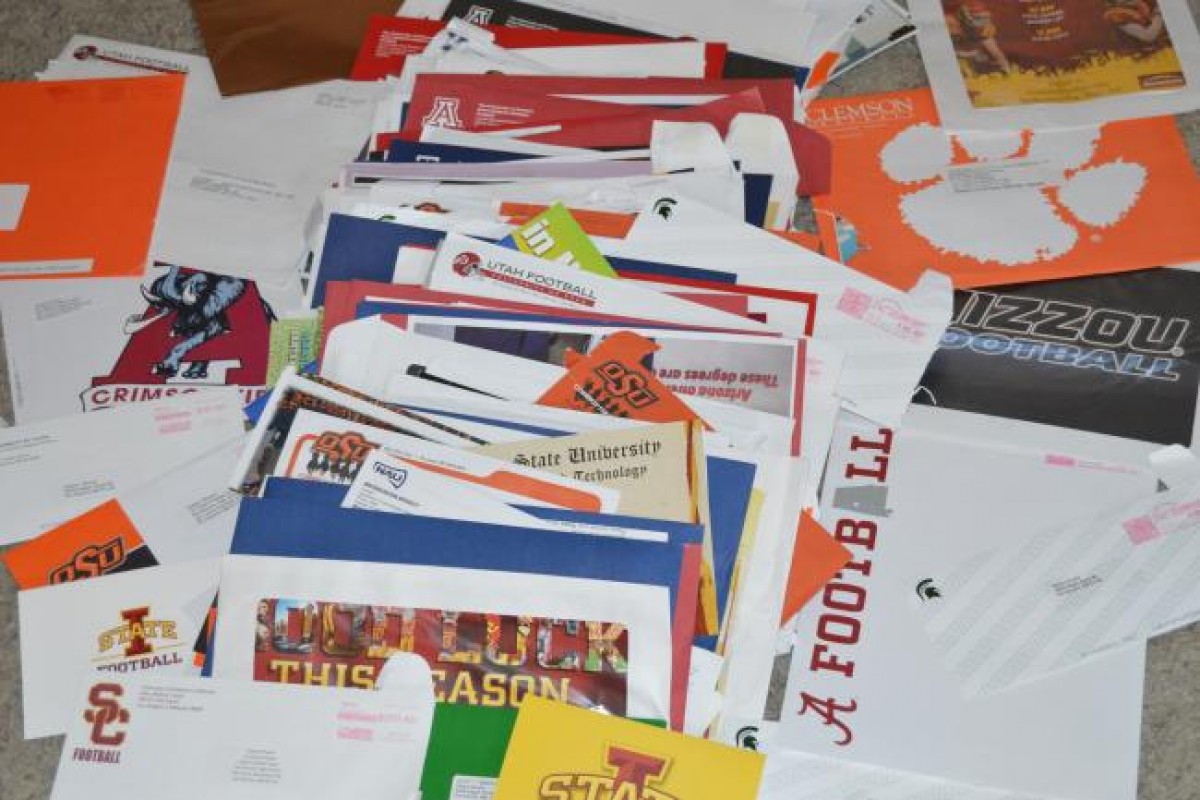 He’s not going to mind stepping on toes, either. Case in point: He’s already made it known to some of the recruiting handlers out there in different communities that he’s not going to be coaxed into signing players based purely on offers they might have from other schools, especially when those offers are courtesy offers to help a handler get his prospect into more doors. (Says Chris Low ESPN Senior Staff Writer in his Interview Article of Head Coach Jeremy Pruitt, February 23, 2018)

I guess the answer to these questions will inevitably raise more questions than answers to the viability of the college football recruiting process. It will also cast a shadow on student athletes that are now pumping social media daily with ‘blessed to receive another offer’… because it may just be a ‘handlers’ ‘courtesy offer’…

Since verbal offers are not binding (and 99.9% never read the fine print on required qualifications) this could effectively negate the entire ‘offer’ process.

And since less than 1% of all student athletes will only play at the D1 level, which are the only players being covered and promoted by the big media sports outlets, who continue to hype these players in most cases because of their offers and their totally ‘subjective’ rankings. Oh, and here’s a news flash for you, those ‘subjective’ star rankings the services use increase for a player when a player receives more offers, so does that mean the ratings are just a media plow, tied to these ‘courtesy offers’ and really worthless?

And listen to what Nick Saban has to say on the day of his first spring practice;

“So it’s an unrealistic reality that we live in with a lot of young players, and I feel bad for them, because what I’d like for them to do is just focus on what they need to do to be good players, and try not to worry about meeting all the expectations and standards that people have created for them. I think in some cases, that contributes to guys making some not great decisions about what they do, in terms of their future.”

So is this the reason (because of the ‘so called experts’) that many top D1 student athletes with great Character, Academics & Work Ethic never get on the radar? And let’s not even consider the other 99% getting a chance to ‘get on the radar’ to compete and get a great education along with a great college experience…

Seeing this information only confirms what we already knew. And this is precisely why we partnered with and became the media outlet for all of the student athletes that are enrolled in the PTRG Academy and that are ‘objectively rated’ in the STEALTH Rating supporting them and giving them national exposure to over 800+ college coaches that have been following us for over 6 years now.

#1. Because PTRG Academy teaches them exactly how the ‘recruiting process’ works and how to ‘master the process’ so that they can implement a successful strategy to not only become college ready and earn scholarships to attend, but to also become career ready. College recruiting is big business, colleges are big businesses and to be successful at knowing how the business works they first need to fully understand the process. And there’s only one online program in the nation with 29 lessons that will do that and that is the PTRG Academy.

#2. Because the STEALTH Rating (developed by college coaches) allows the student athlete to be ‘objectively’ rated and ranked so that a college coach (D1, D1AA, D2, D3 & NAIA) knows exactly what he is getting as well as the college administration and the college finance departments. The rating (through it’s proprietary algorithm) precisely calculates exactly what they are looking for and measures for them not only is a student athlete ‘qualified’, but also will he or she graduate in four (4) years.

Now, we think it’s high time to find out who these ‘handlers’ are…