The HSPN Sports Family has agreed to terms with television production veteran Andy Hecht.   Hecht has spent 18 years in the business making stops in Detroit, Philadelphia, Los Angeles, and Cleveland.   The last nine years Hecht took his talents to the National Football League producing a variety of shows at NFL Network as well as creating unique programming which humanized the players all around the league.

In 2013, the Browns lured Hecht into a Front Office Role to develop and monetize their digital properties.   In 2014, the Browns were a 4 and 12 football squad but Hecht and his team were able to raise video views 190 percent and bring a 215 percent increase in unique visitors to the Website.

In his new role with HSPN, Hecht will help provide leadership and direction for live broadcasts and packaging unique content for sponsors.   Hecht reunites with Warren Sapp whom he produced at NFL Network for several years. 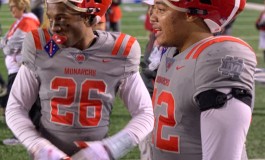 ‘Inside the Game’ with Keyon and Kyron Ware-Hudson: “Live from the Living room” 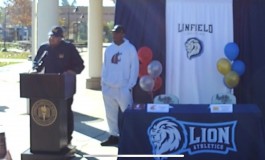 “Ware the Stars Are”: A Candid Conversaiton with Keyon and Kyron Ware-Hudson