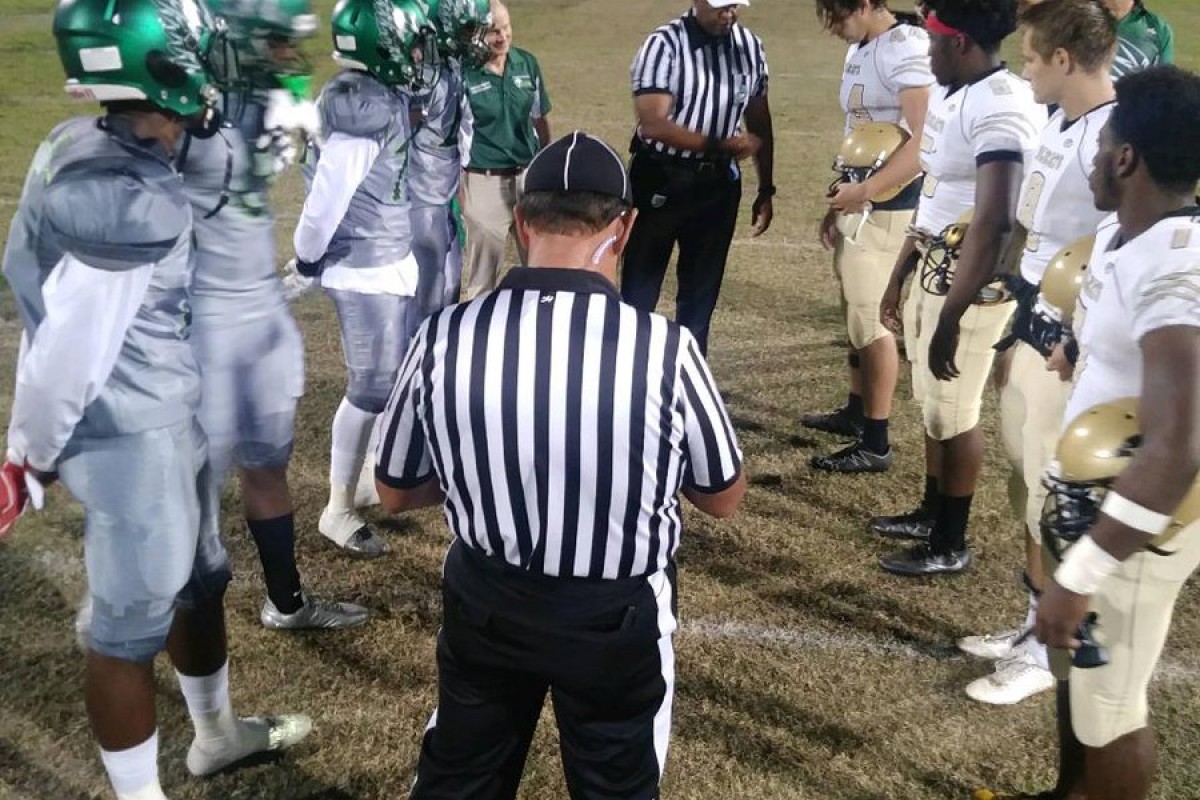 The Atlantic High School Eagles (11-1-1) flew high above the Western Wildcats (10-3) for the FHSAA Regional Championship, beating the visiting Wildcats 35-22.

The Eagles got up quickly in the game, with WR and KR Oyeh Lurry-Davis (senior) was lateraled the football and returned the opening kick all the way for a touchdown. The Wildcats lengthy second drive, plagued with flags and injuries, came to an untimely end when Eagles LB Corey Gammage (senior) intercepted Western QB Harrison Story (senior). This set up another scoring drive for the Eagles culminating in QB Antoine Williams II (senior) screening the ball to Davis, who outpaced Western defenders for another touchdown. The Eagles then recovered the onside kick, but eventually turned it over to Western, who didn’t have enough time to score before the quarter ended, leaving the score 14-0.

Western scored early in the second, after foiling an Eagles punt. The touchdown came when RB Keshaun Clarke (senior) caught a pass and powered up the middle into the endzone for the score. The Wildcats attempted a 2-pt. conversion but it was stopped short of the endzone, so the score remained 14-6. The succeeding drive by the Eagles lasted until roughly the middle of the quarter, until Williams’ pass was intercepted by Western. Western’s drive, after a successful conversion on 4th down, returned the favor when Story was intercepted by CB Kenih Lovely (senior). Until the end of the half it remained a battle of field position.

Western received the ball, after deferring the first half, and got off to a bad start when the receiver missed the ball, with Western eventually getting pinned at the 1. Eagles’ Lovely intercepted Western again, returning the ball for a touchdown, making the score 21-6. Near the end of the quarter Western once again got intercepted, when Eagles SS Christian Brown (senior) took the ball back 65 yards for a touchdown, with the quarter ending 28-6.

The Eagles were due for one more touchdown before Western defense finally started to slow them down. WR Kamareon Williams (junior) ran the ball up the middle making the score 35-6. At this point the Wildcats woke up, albeit late – they weren’t going out without a fight. Amidst the penalties that kept holding them back, large running and passing plays between Story, Clarke, and WR Jaedan Fagan (senior), as well as a successful onside kick, gave the Wildcats back-to-back unanswered touchdowns. Each touchdown was courtesy of a long hookup between Story and Fagan (47 and 45 yds), supplemented by numerous runs in excess of ten yards by Story, Clarke, and RB Daniel Colon (senior). In addition, both touchdowns were followed by successful 2-pt. conversions. However, when the Wildcats tried another onside kick, the Eagles recovered, and sat on the ball, ending the game 35-22.

While this game was originally touted as a game of defense, it seemed like both defenses started to fall apart at one point or another. However, Western could only break through in the final minutes of the game.

Western’s quarterback Harrison Story finished the game with 266 passing yards, 89 rushing, 3 TD, and 5 INT. Fagan had 2 touchdowns and Clarke had 1.

Atlantic’s quarterback had 1 TD, 1 INT.  Davis had 2 touchdowns, while Williams, Lovely, and Brown each had 1.

The Atlantic Eagles play Miami High School next week in the state FHSAA 8A Semifinals.