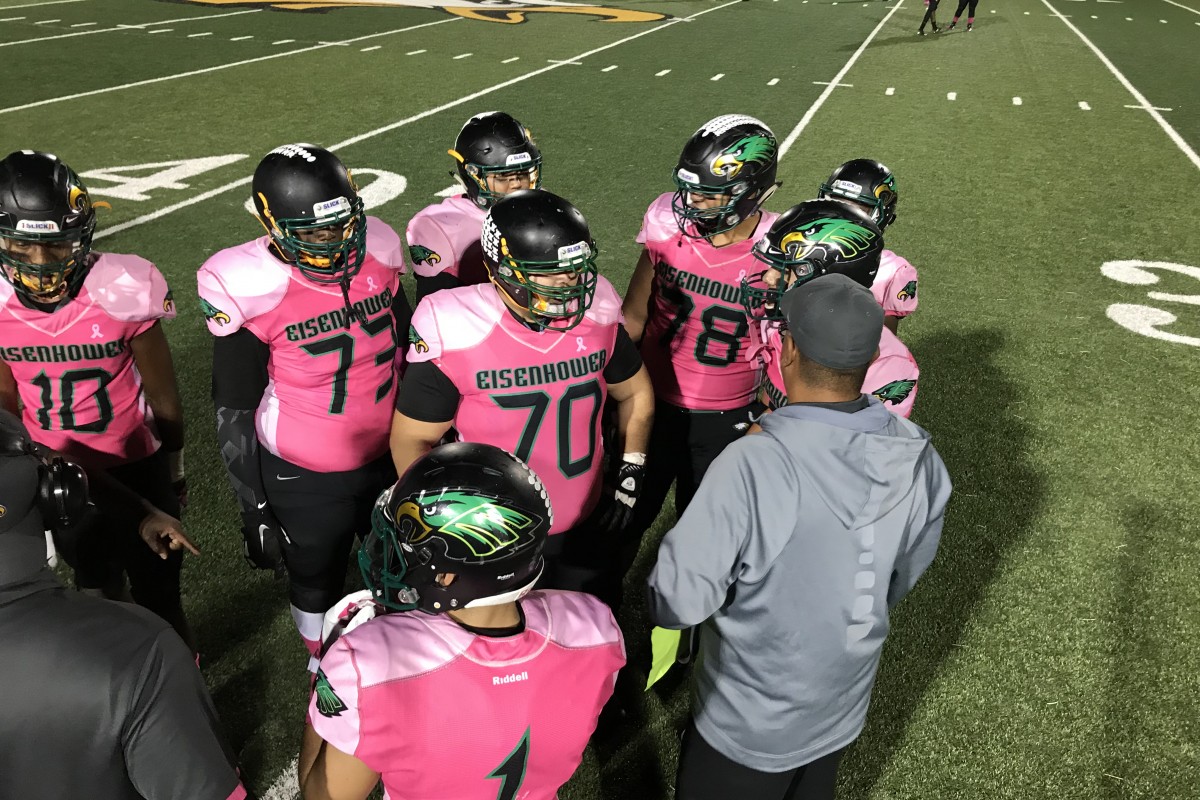 The Eagles dominated every phase of the football game this past Friday versus the Fightin’ Scotts from Rim of the World High School. The Eagles were reflective of their perfect 7-0 record in winning every phase of 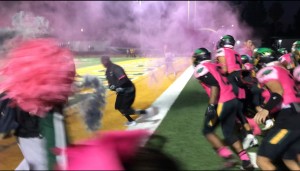 the football game from special teams to offense, and defense. The Eagles even won the pre-game coming out of their inflatable, smoke-filled tunnel at Ronnie Lott Stadium donning pink game jerseys symbolizing and honoring Breast Cancer Awareness Month.

Eisenhower is off to its best start to a season in years with a 7-0 record. Folks close to the historic Rialto high school program know just how dominate Eisenhower was in the ‘80’s and ‘90’s and they’re excited about the possibility of the post-season and possible CIF championship. But, head coach Al Brown will not listen to any of the rhetoric right now. In his post game addresss to the entire team after the big win against Rim of the World, Coach Brown enfatically pointed out that “there were too many mistakes, and too many penalties from a team that is undefeated. You cannot continue to perform this way if you have any hopes of winning a championship.” 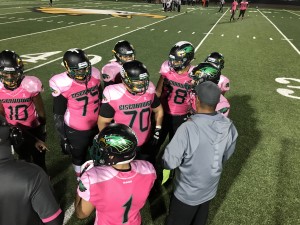 Coach Brown said exactly what you would expect a head coach to say, especially one who is preparing this team for a long awaited return to championship football.

Joel Ayala, the cousin of the quarterback, Caesar Ayala was unstoppable and was the HSPN Sports West Player 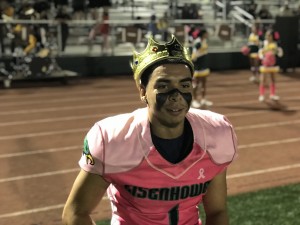 of the Game, earning the honors with two long touchdown runs that put Eisenhower in complete control of the football game.

Next week Eisenhower travels to San Gorgonio in a very intense league contest where San Gorgonio has successfully defended its league title in past years. San Gorgonio is 5-2 overall with a 2-0 league record. Coach Brown knows exactly what his team has to do to make it 8-0 on the year, “go 1-0 each week.”

Be sure to watch full interviews with Coach Brown, Joel Ayala, and features from HSPN Sports West Correspondant, Kathryn Gallo on HSPN YouTube. You can link to our YouTube channel by clicking on the links below.