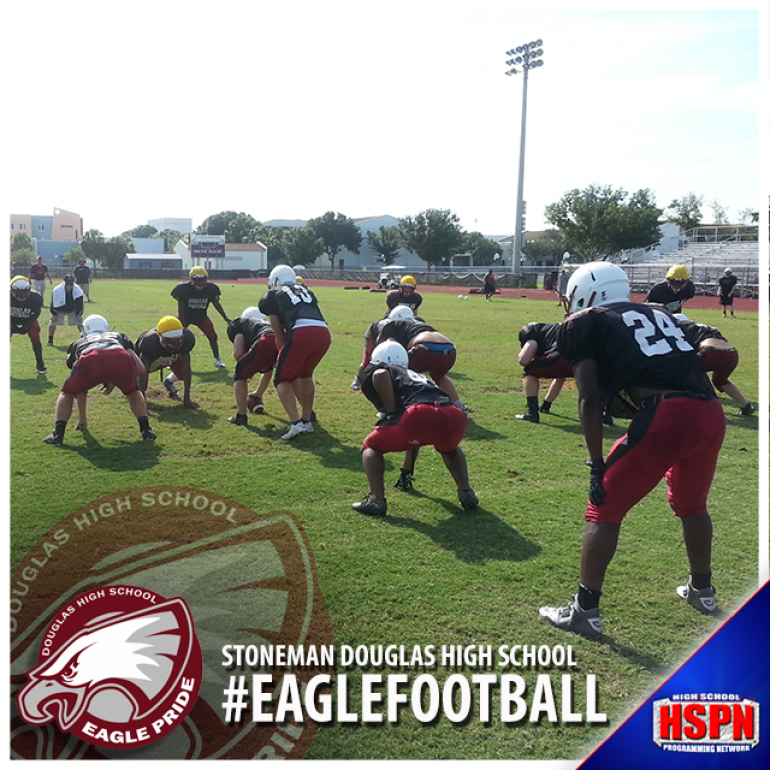 “Don’t Talk About It, Be About it!” It may sound cliche, but when Coach Willis May says it to the Eagles in the early Mornings of Fall Camp, it is something that resonates within the minds of the young douglas football team.

The Eagles aren’t the only team on the field twice a day during this years fall camp, but from the looks of it, they sure have set a standard coming into week 1. Douglas takes on National/Locally ranked Flanagan Falcons week 1 of the Football Season without hesitation. “After spending a couple weeks with the Eagles on the practice field, I can see why Coach May is spoken so highly of.” “He reminds me of a College Coach. Constantly teaching with a high intensity and he expects the same out of his players.” Ryan Stoutt

The Eagle kickoff their preseason at home against Coral Springs Charter School.