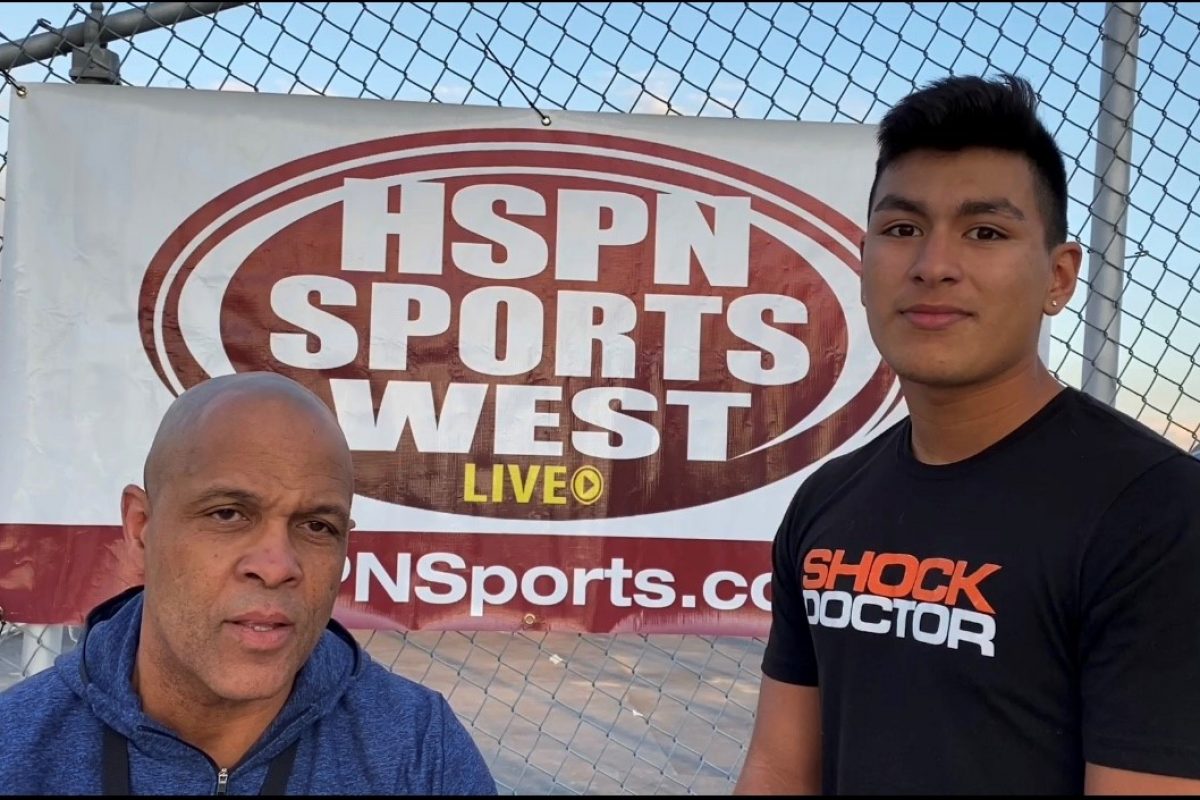 Mario Andretti was an Italian-born, American former racing driver and one of the more successful drivers in the history of the sport. He was commonly known to take a bad car and make it competitive and good. Andrew Andrade sounds a little like Andretti, in both name and stature. At 5-10ish and 160 pounds, Andrade has used every ounce of his physical attributes, though somewhat undersized as a receiver by major college football standards, to be ultra competitive and just plain good.

Andrade, a 2020 senior at Orange High School in Orange, California, led his team in receiving with 35 catches and averaged 22.7 yards per catch. Andrade was the 8th ranked receiver in his division with 794 total receiving yards in 11 games. His all-purpose yards were second on team totaling 1,251 between receiving, rushing, kick-off returns and punt returns.

Andrade will represent the North team in 61st Annual Orange County All-Star Classic on Saturday, January 25. Kick-off is set for 7:00 PM at Orange Coast College in Costa Mesa, California. Andrade’s success as a high school player can largely be attributed to his relentless work ethic and character. He speaks and plays larger than he looks. HSPN Sports sat down with Andrade at the beginning of the North team practice this week and talked with the star receiver about his work ethic, character, his exceptional academic achievements, and how his interest in playing college football. You can see the full interview by subscribing to our HSPN Sports YouTube Channel.

The future for Andrew Andrade is a little uncertain when it comes to where he will play college football. There is no doubt that whatever college lands him, he’ll make an impact there as well. His high school football career will officially end with the Orange County All-Star Classic Saturday night. His racing days are far from over though as he sets his sights on the next level, college football.

HSPN Sports and David Hill will be at the game to cover some of the action from the sidelines, and to cover Andrade’s progress throughout the game. Follow us on Twitter @hspnsports to receives updates on the game.